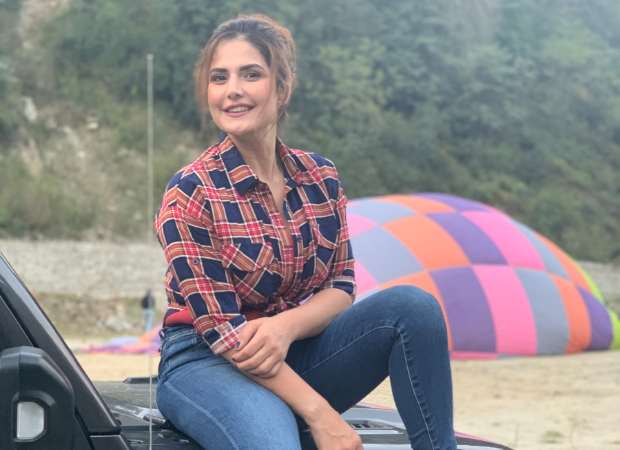 The series kicks off on 25th January with Zareen driving to Ladakh in the first episode to revisit Chail Palace, Druk School, Pangong Lake where popular Bollywood movie 3 Idiots was extensively shot. The episode will also showcase a discussion with the director of the film i.e Raju Hirani who talks about his early life and his love for mountains which inspired him to use Ladakh as one of the locations for 3 Idiots.

The other locations and directors covered in the series are Manali for Jab We Met featuring Imtiaz Ali, Shimla for Bang Bang featuring Siddharth Anand, Varanasi for Raanjhanaa featuring Anand L Rai and Udaipur for Dhadak featuring Shashank Khaitan. Taking inspiration from the rich history, culture, people and natural landscapes, these Bollywood directors have made each destination worth a visit, giving an identity to the city.

Confirming the news, Zareen Khan said, “Whenever someone asked me – ‘What’s your dream?’ I did not even have to think before saying – ‘To see each & every corner of this big beautiful world’. For those of you who don’t know much about me , I am quite a traveller, a Happy Hippie! If you have a look at my social media , it’s more about travel than anything else. Travelling has always been my passion and also an integral part of my profession, lovingly known as Bollywood. I’ve always wanted to do a travel show & Jeep gave me the ideal opportunity to be part of a show which has a perfect blend of both, Travel & Bollywood & I consider myself truly lucky because I couldn’t have asked for a better show as my TV debut or a better companion than Jeep for my journey. I saw India through the eyes of Bollywood’s biggest directors. The culture, food and scenic locations, not only inspired me but also taught me so much more about India. AXN’s ‘Jeep Bollywood Trails’ is an actor’s dream to relive the iconic locations featured in blockbuster films and it’s a delight for the audience to see how film directors think of a certain location and make them part of their stories. It’s exciting for me to weave together these stories for the audience in a never been seen before way.”