Varun Dhawan and Shraddha Kapoor’s fans will have to wait a little longer. The trailer of Remo D Souza’s dance flick Street Dancer 3D, with the two actors which was to release on December 12 will now release six days later. Apart from the fact that the trailer is still getting its finishing touches where the 3D and VFX is concerned, the major reason for the postponement is that the makers are keen to release it with Salman Khan’s Dabangg 3 at the theatres on December 20, to garner the maximum eyeballs. But what we have exclusively learnt is that apparently, the producers Bhushan Kumar and Remo D Souza are keen to also rope in the super star to launch the trailer at a glittering event in Mumbai on December 18. 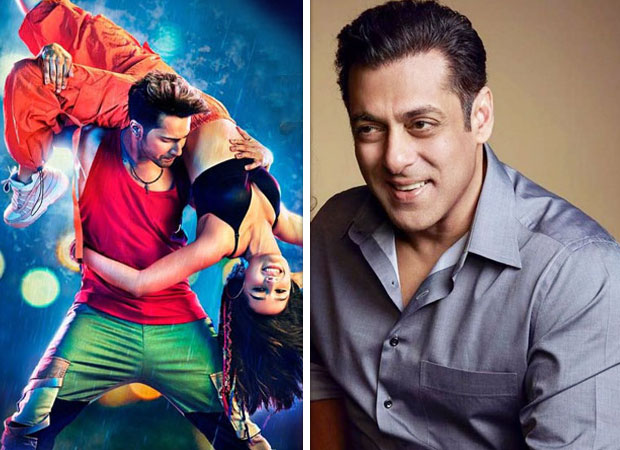 A trade source says, “The makers of Street Dancers 3D, Remo and Liselle D Souza and Bhushan Kumar are keen to attach the trailer with Dabangg 3 as its expected to have a superb opening. Salman, Varun, Bhushan and Remo share a great relationship and all are keen for it to get a theatrical release. While Bhushan had announced the trailer release date on his birthday as December 12, they decided they didn’t want to come so early but with Salman’s movie. Anyways, SD 3D is a grand dance movie, bigger in scale with lots of special effects and 3D, so that was taking time. As everything was taking a couple of days more, everyone felt it was best to release it with Dabangg 3 on December 20. There will be a big trailer launch event (with the star cast and the international dancers) first on December 18 along with launch on social media and then the trailer well be attached to the Dabangg 3 theatricals. It is for this trailer event that the makers are keen that Salman launches it and apparently, discussions are on for the same. It will depend on the super star’s schedule as he will be in the midst of promotions of Dabangg 3.”

Remo, who has worked with Salman on Race 3, confirms that the Street Dancer 3D trailer has been postponed to December 18. “There’s lots of VFX and 3D stuff is happening and right now we are all working on that. I am keen to show the trailer to everybody and have been working round the clock to get it complete by then. It will be a proper two-three minute trailer. You can expect some amazing, never-seen-before dances in it – and something very special which I cannot reveal right now.”

Remo D Souza’s dance flick with Varun and Shraddha Kapoor has been mounted on a grand scale with the stars training under London-based dancers Tanya and Taashan (male and female) for the movie. There are a lot of international dancers from London coming on board as the dance sequences will be lavishly mounted. The dance forms in this movie will be contemporary, urban, modern, street dancing with a blend of European hip hop, locking, break dance, disco hustle, synchro dancing etc. and not simple stage or hip-hop dancing like ABCD 3 as Remo wants to make the dance in this movie more international. There will be lots of dancing on the streets of London happening in the new movie hence a lot of street freestyle dancing has been shot too.