Just a few weeks ago, producer Ekta Kapoor had introduced the world to her son Ravie Kapoor as she celebrated his first birthday. It was the first time she shared a picture of her little one. On the other hand, Ekta Kapoor’s brother and actor Tusshar Kapoor who is also a single parent did not wait this long to let the world know of his son, Laksshya. 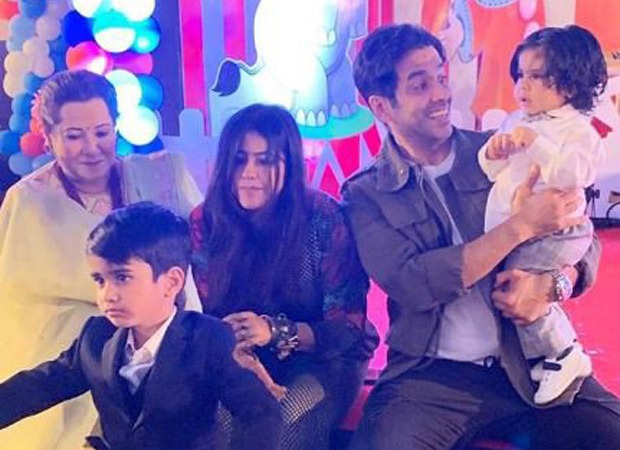 Talking to a daily, Tusshar said that their parents Jeetendra and Shobhaa are overjoyed with Laksshya and Ravie in the house. He further said that their house has never felt more alive and pleasant than it is right now.

Tusshar further said that when they celebrated Ravie’s birthday last month Laksshya was thrilled. Even though he is too small to participate in the preparations, he stood by his little brother’s side while Tusshar and his mother handled the arrangements. He further said that the children light up the house with their presence and that the two siblings love playing together.