Home / News / The Kapil Sharma Show scores a century; celebrates with the cast of Good Newwz

The Kapil Sharma Show scores a century; celebrates with the cast of Good Newwz

Kapil Sharma made a bang with his comeback on Sony Entertainment Television’s The Kapil Sharma Show last years in December. The show stood the test of time and reveled in the appreciation pouring in from all quarters. Weekends turned more laugh-worthy with Kapil and his team delivering punches after punches with Bollywood A-listers by his side. 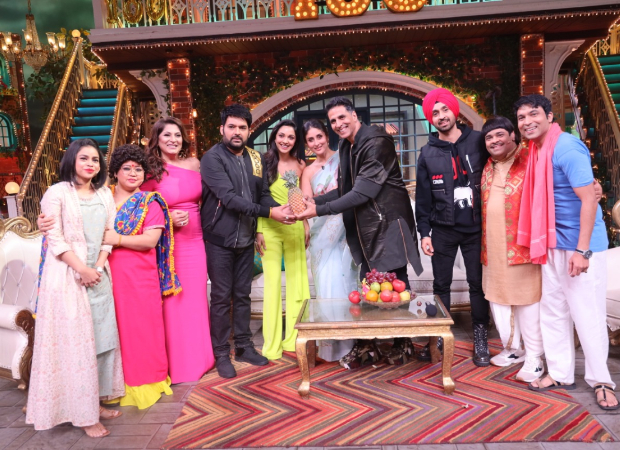 To celebrate the 100 episodes of The Kapil Sharma Show, the upcoming weekend will welcome Bollywood’s eminent superstars and the cast of Good Newwz – Akshay Kumar, Kareena Kapoor, Diljit Dosanjh, and Kiara Advani. While Akshay will be seen opening the show, what will follow is a laughter riot taking the energy of the show a few notches higher.

Akshay Kumar shared, “I am glad that the show has completed its 100 episodes and that I am part of the celebration. I wish this continues forever and ever and keeps spreading happiness and laughter. My mom loves this show and enjoys watching the show.” 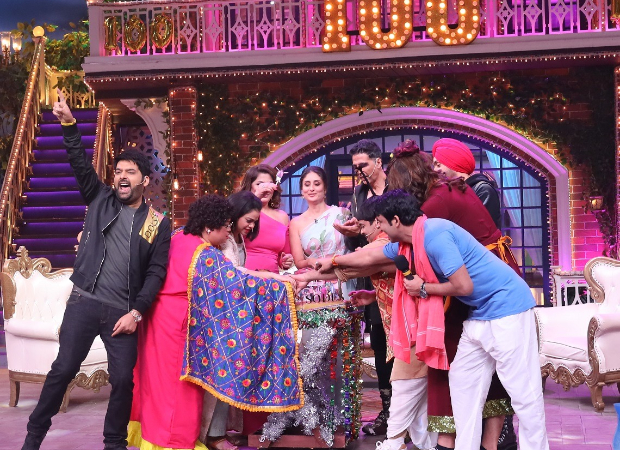 Krushna Abhishek brought forth Sapna’s character and her quirks which has been loved by the audience. Speaking about his association with the show, Krushna shares, “Sapna’s character has been a game-changer for me giving me a totally different identity. Knowing the fact that comedy is one of the toughest genres to crack I am amused looking at the kind of response that Sapna’s character has received over the year. However, without The Kapil Sharma Show and Kapil himself, this wouldn’t have been possible. It was a great journey sharing space with Kapil Sharma and being each other’s strength throughout.”

Kiku Sharda, known for his brand of humour, essays the character of Bachcha Yadav/ Accha Yadav and has gained utmost attention narrating hilarious stories or ‘Joks’ as they are called in his bizarre accent. Kiku shares, “The Kapil Sharma Show is like our second home and we gel up together as a family. We keep on pulling each-others’ leg and make fun of each other. However, it is all fun and game between all of us and no one takes it seriously.”

Archana Puran Singh who has been another crucial part of this journey shares, “December is the month of celebration for Kapil and for all of us. We have recently welcomed Kapil and Ginni’s newborn baby and completed 100 episodes of the show. Journey throughout this season has been worth cherishing with tons of good memories to remember. My favorite moment was when Anil Kapoor graced the set during his promotion on Pagalpanti. Entire cast of the show dedicated a performance depicting Anil’s wonderful journey in the industry.”

Our favorite and the longest association with Kapil’s show ‘Kammo bua’ aka Bharti Singh is again the most loved character from the show who never fails to make the guests welcomed on the set. Bharti shares, “Journey with Kapil has been a roller coaster ride with ups and downs. However, all of us together as a team managed to make this season a real success. My character of ‘Kammo bua’ has given me a totally different identity. When I go around I feel great when people recognize me as Kammo bua rather than my original name.”