Taapsee Pannu’s Thappad has been making the right noise for a while now. The film not only takes a strong stand against domestic violence but seems to have presented the subject in a powerful manner, therefore convincing everyone that solutions to domestic violence is the need of the hour. 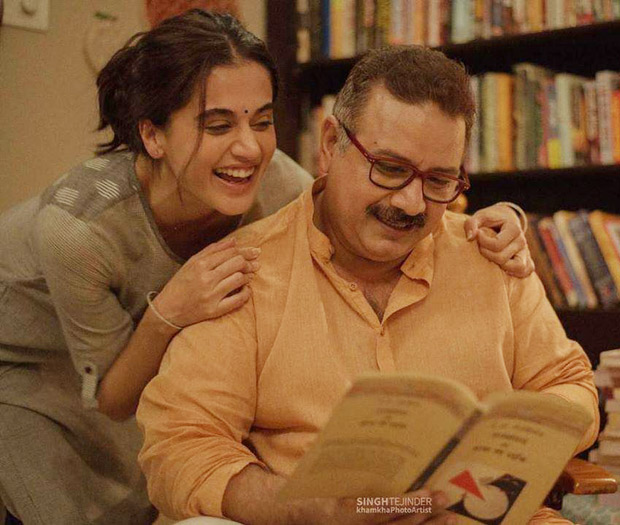 Meanwhile, Taapsee took to Instagram to share an adorable photo with her on-screen father Kumud Mishra. In her caption, she also emphasised on how a woman’s expectations from her life partner are deeply influenced by the love and encouragement she receives from her father. “Being daddy’s girl is what made things easy and difficult for Amrita. The fact she always thought her life partner will be someone like her father got her expectations soar high but when they crashed, he was there to hold her from falling. Witness this beautiful father daughter relationship from 28th feb 2020,” she wrote.

Filmmaker Vishal Bhardwaj recently hosted a special screening of the film in Delhi, and it met with great response. Anurag Kashyap is also set to organise a screening while Hansal Mehta has announced that he will hold one in Jaipur.

The film, directed by Anubhav Sinha, releases on February 28.