We had earlier reported that Saif Ali Khan will be playing Ananya Panday’s father in Rahul Dholakia’s next. Now, another actor has been added to the cast. It is none other than Siddhant Chaturvedi of Gully Boy fame. 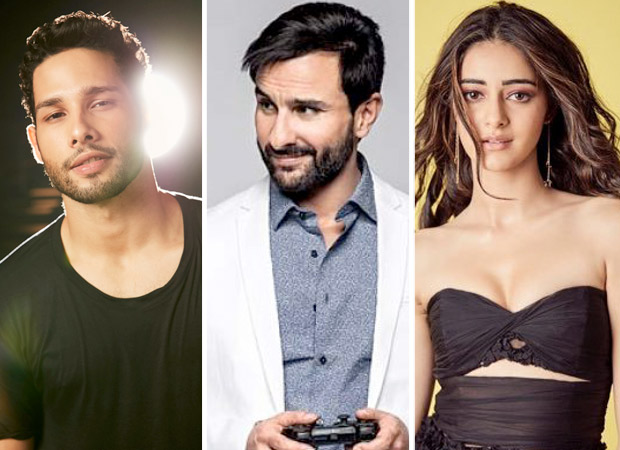 The movie will mostly revolve around the bond that Saif and Ananya share with each other. While there aren’t any more details out about the project, the film will be directed by Rahul Dholakia and will be produced by Farhan Akhtar and Ritesh Sidhwani’s Excel Entertainment.

Ananya Panday who is just two films old already has a great line up of movies. The actress, who is currently shooting for Khaali Peeli along with Ishaan Khatter, has also been roped in for Shakun Batra’s next which also features Deepika Padukone and Siddhant Chaturvedi.

Meanwhile, it will be exciting to see Saif Ali Khan play the role of a father to Ananya Panday. Saif Ali Khan is currently gearing up for the release of Tanhaji: The Unsung Warrior in which he plays the antagonist. The film is scheduled to release on January 10. The actor was last seen in Laal Kaptaan and will soon start shooting for his upcoming web-series, Tandav. Saif Ali Khan will also be seen in Jawaani Jaaneman with Tabu and Alaya Furniturewala and has recently wrapped the shooting for the same.