Saif Ali Khan has already quite a lineup of films set including the upcoming period drama, Tanhaji: The Unsung Warrior. The actor will be seen playing the role of Uday Bhan in the film and his appearance in the trailer has already left his fans rooting for his performance. The actor was last seen in Laal Kaptaan and will also soon start shooting for his upcoming web-series, Tandav. Saif Ali Khan will also be seen in Jawaani Jaaneman with Tabu and Alaya Furniturewala and has recently wrapped the shooting for the same. 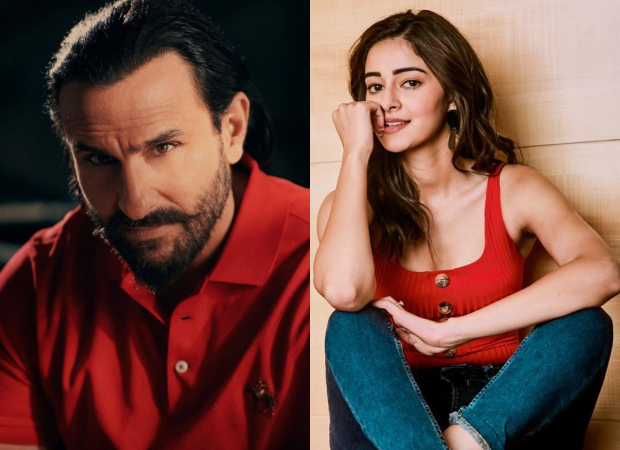 As for Ananya Panday, she is just two films old but clearly, the filmmakers see a lot of potential in her and hence she has three other films lined up in her kitty. After her last release, Pati Patni Aur Woh, Ananya Panday has yet again proved that she’s here to stay. The film has been stirring up a storm at the box office in just one week of its release. She will next be seen in Khaali Peeli with Ishaan Khatter and is currently working to get her Bambaiyaa lingo right.

For their next project, Saif Ali Khan and Ananya Panday have been roped in to play father-daughter duo in a thriller. The movie will mostly revolve around the bond that Saif and Ananya share with each other. While there aren’t any more details out about the project, the film will be directed by Rahul Dholakia and will be produced by Farhan Akhtar and Ritesh Sidhwani’s Excel Entertainment.

It is going to be super exciting to see these two play the role of father-daughter on screen and we honestly can’t wait to get our hands on more details. Keep an eye out for more details on this upcoming project of theirs.