Giving a testimony of her perseverance and dedication, Sandeepa Dhar rehearsed and shot for her dance schedules in the upcoming show Chattis Aur Maina consecutively for seven days. Being one of the busiest actors in town recently, Sandeepa Dhar had been juggling the shoots of multiple shows across cities. With the pandemic and the imposed lockdown in the nation, the team had to wrap the shoot in the earliest time possible, hence, the actress pulled off a week-long schedule for the dance performances without any breaks. 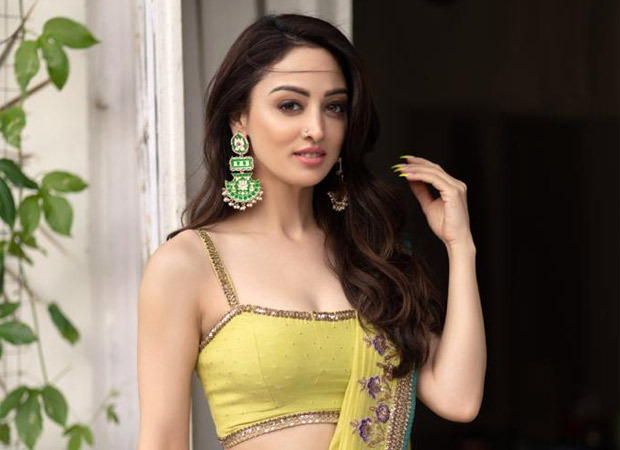 Sandeepa Dhar is a professional dancer trained in various dance forms like Jazz, Bharatnatyam, and Contemporary, however, the show featured her attempting new dance forms, which the actress learned in a span of just two days. Sandeepa’s professional dance background helped the actress to masters the new forms instantly, making it easier for the makers to shoot one song a day.

Sharing the experience of her tryst with new forms, Sandeepa Dhar said, “Belly dance and Kathak were completely new to me. I barely had 2-3 hours to learn the choreography, understand and learn the techniques for Belly dance. The techniques of Kathak are completely different from Bharatanatyam which I am trained in, so had to pick up the hand movements, chakkars and expressions really quickly to match the schedule. It was a major task since with Indian classical one cannot afford to do a sub-standard job.”

Though Sandeepa Dhar featured in a desi number for ‘Laalam Laal’ in Kaagaz, Chattis Aur Maina demanded Sandeepa to attempt a much more rustic Bhojpuri number, the aesthetics of which were very different and raw in comparison to anything she has done before.

Talking about the strenuous schedule, Sandeepa shares, “I have thoroughly enjoyed shooting for Chattis Aur Maina as the show allowed the dancer in me to flourish in full stride throughout. Learning new dance forms like Belly Dance, and Kathak and shooting for them back to back was definitely hectic but it also gave me immense satisfaction to challenge myself and put my best foot forward. As a performer, I always strive to grow and improve myself, Chattis Aur Maina made me push my boundaries and deliver my best with a deadline of seven days.”

After MumBhai and Bisaat, Chattis Aur Maina is Sandeepa Dhar’s third project to be shot and releasing in the post pandemic period.

ALSO READ: EXCLUSIVE: “There is a lot of gimmicky and less dancing that is happening”- Sandeepa Dhar on dance reality shows