Amole Gupte had announced his ambitious directorial – a biopic, produced by T-series on the life of ace badminton player Saina Nehwal around four years ago. A lot of changes happened in the film and now, Parineeti Chopra has kick-started shoot for the second schedule of the film in Mumbai. The film captures Saina’s journey to World No.1, traveling across countries and locations, raising a toast to the several milestones in her sporting career. 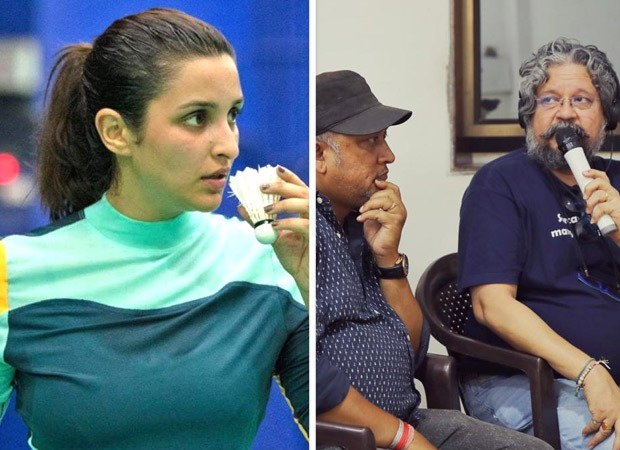 For the same, elaborate sets have been built on the outskirts of Mumbai, in Vasai. Amole reveals, “We are covering her key matches; we’ve already turned around over five court designs. Each court is in a different country representing a different match right from the Czech Republic to Manila. The turnovers are very difficult to achieve in a limited time but Amit’s team, especially his art director Bala Patil have been amazing.”

Amit adds, “We had a record construction time. We created all the sets in a matter of seven days, over a hundred workers were toiling 24/7. Now we are shooting each match for a couple of days and then working overnight to turn the look around for the next one… it’s like an ant’s colony at work!”

Adds Amole, “Amit and Subrata are my dearest friends besides of course working with me on both Hawaa Hawaai and Sniff!!! Having done some epic films like Kesari and Padmaavat, their experience and wisdom have helped widen the vision of the film. They’ve created truly international looking stadiums from around the world. We are nearly at the end of this schedule. One more schedule to go in January and our shooting is done!”

ALSO READ: Saina Nehwal is all praises for Parineeti Chopra