Home / News / REVEALED: Rohit Shetty’s Sooryavanshi to have its FINAL schedule in Ooty

REVEALED: Rohit Shetty’s Sooryavanshi to have its FINAL schedule in Ooty

Just around two months are left for the release of one of the most anticipated films of 2020, Sooryavanshi. Starring Akshay Kumar and Katrina Kaif in leading roles, it’s a part of the cop universe of Rohit Shetty. The earlier films of this franchise include popular hits like Singham and Simmba. Hence, the expectations are tremendous for this one and the team has left no stone unturned to ensure it gives audiences complete entertainment. 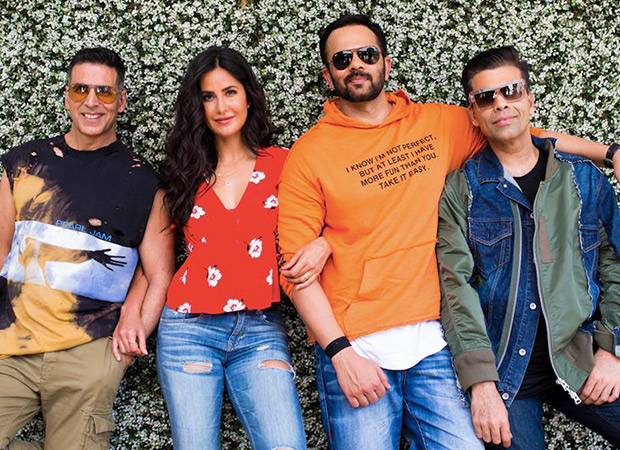 With little time left, the team has been working hard and meticulously to complete the shoot and also post-production on time. It has now come to light that the one last schedule of the film is still pending for which the team is heading to Ooty, a quaint hill-station in Tamil Nadu, for the shoot. A source reveals, “It’s the final schedule and Rohit Shetty and his team will be filming in the hill station for around 10 days. Then it’ll be a wrap for Sooryavanshi and this will be followed by Rohit Shetty getting full-on with the film’s post-production.”

Interestingly, Akshay Kumar had posted a picture on his Instagram handle on November 30 to announce that he has completed the shoot of Sooryavanshi. The source clarifies, “Neither Akshay nor Katrina Kaif are a part of this schedule. It’s only some of the supporting actors who’ll be heading to Ooty for the shoot.”

Sooryavanshi releases on March 27 this year. It was announced in a grand fashion all of a sudden. In a strategy that was unique for Bollywood films, Sooryavanshi was introduced to moviegoers in the very final scene of Ranveer Singh-starrer Simmba, which came out in December 2018. Moreover, the team of Sooryavanshi kept coming up with on the set stills and news that added to the hype. During the first anniversary of Simmba, they unveiled a teaser that briefly showed a glimpse of the climax of Sooryavanshi. It features all three – Sooryavanshi, Simmba and Singham (Ajay Devgn) in an epic finale battle. Needless to say, the excitement has gone above the roof because of that video.