Home / News / REVEALED: Here’s what to expect from the POWER-PACKED trailer of Rani Mukerji’s MARDAANI 2!

REVEALED: Here’s what to expect from the POWER-PACKED trailer of Rani Mukerji’s MARDAANI 2!

The official social media handles of Yash Raj Films (YRF) announced today that they will finally unveil the trailer of their final film of the year, Mardaani 2, tomorrow. It is a sequel to the 2014 action drama Mardaani, which was a box office and critical success. Just like part 1, the second instalment too features Rani Mukerji in the leading role. And a source claims that the trailer is surely something to watch out for! 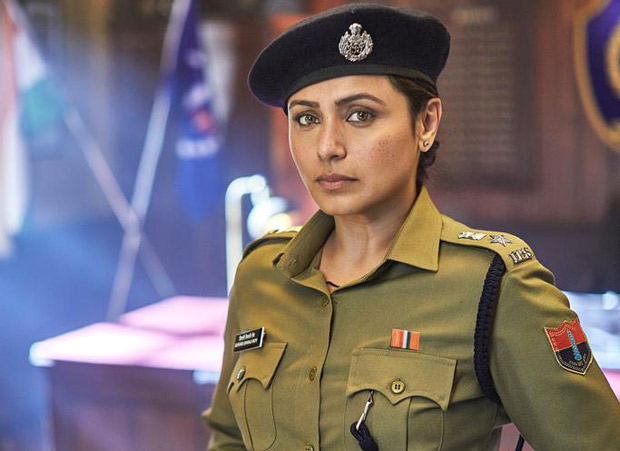 The source elaborates, “The trailer is highly exciting and is sure to generate tremendous buzz for the film. Just like the first part, the content of Mardaani 2 is very disturbing and violent. But it is needed and is not added just for the heck of it. Mardaani was a rare adults-only film of YRF and for Mardaani 2, producer Aditya Chopra is going to ask for the same certification. Hence, whatever you see in the trailer will be retained in the film.”

The source adds, “The film has a very relatable plot and that would also add to the buzz. And watch out for Rani Mukerji! She has worked hard and has delivered a commendable performance, going by the trailer. YRF team is confident that she’ll walk away with a lot of praise for her performance. Everyone at YRF is in high spirits since their last film War was a blockbuster and biggest grosser of 2019 so far. And now for Mardaani 2, they appear very confident. It’s in fact heartening to see the sequel is not made to cash in on the franchise but because the makers had an important story to tell.”

Mardaani’s USP, besides the subject of human trafficking and Rani’s performance, was the presence of the villain, played very well by Tahir Raj Bhasin. When asked who plays the antagonist in Mardaani 2, the source states, “That’s something that the YRF team has not unveiled. Even in the trailer, only his glimpse can be seen.”

Mardaani 2 is the directorial debut of Gopi Puthran and is scheduled to release on December 13. “It releases a week before Dabangg 3 and a week after Pati Patni Aur Woh and Panipat. And it clashes with Jumanji: The Next Level, which has a huge following in India. Yet, Mardaani 2 seems to have a solid chance to excel at the box office, if the trailer is anything to go by,” says the source and signs off.

Also Read: Mardaani 2 Teaser: Rani Mukerji is a fearless cop in this edge of the seat entertainer