Bollywood Hungama was the first one to drop the hint that Dil Bechara, an official adaptation of the 2014 Hollywood tearjerker The Fault In Our Stars, will not release theatrically and that it’ll directly premiere on a digital platform. 2 days later after this story came out, the producers Fox Star Studios announced that Dil Bechara is releasing in cinemas on May 8, 2020. If you think this announcement ends all speculations around the film’s OTT release, then you are mistaken. 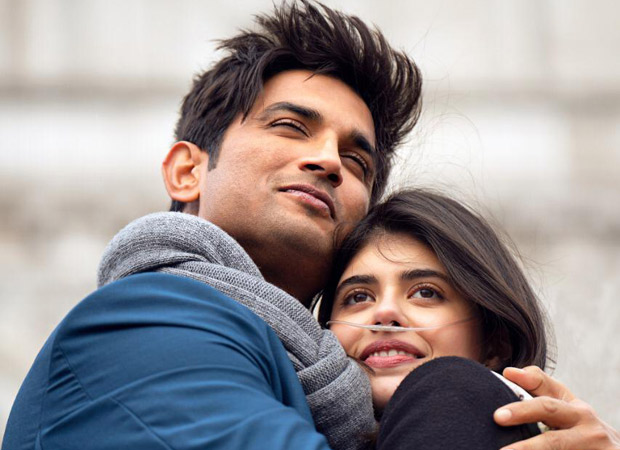 A source close to the project says, “Fox Star Studios has pitched Dil Bechara to Amazon Prime. The negotiations are going on in full swing but both parties are yet to reach a consensus with regards to the economics of the deal. This is the reason why Fox has postponed the film’s theatrical release by 6 months; although it’s ready since sometime. This is their way of buying time so that the deal with Amazon Prime can be locked. If Fox Star Studios manages to get the OTT platform agree to the terms and money they are demanding, then the theatrical release of Dil Bechara will be shelved and it’ll directly release on Amazon Prime. If not, then it’ll release on May 8 next year as scheduled.”

The Fault In Our Stars is one of the highly acclaimed Hollywood films of this decade, that has a huge fan following. What then led Fox Star Studios to not release Dil Bechara in cinemas? The source replies, “It’s wrong to assume here that the makers are planning its direct OTT release because the film not up to the mark. The movie is quite touching but at the same time, it’s too depressing and niche. Hence, Fox management is worried that they might not be able to recover their costs, should the film release in cinemas. Therefore, they approached Amazon Prime, hoping that they’ll give them a good deal which will ensure profitability for them.”

If Dil Bechara’s deal with Amazon Prime gets locked, it’ll prove to be a double jolt for its lead actor Sushant Singh Rajput. A trade source states, “In the last one year, he gave two successes in the form of Kedarnath and Chhichhore, with the latter trending excellently and even crossing the Rs. 100 crore mark. But in between these two films, he delivered a box office disaster with Sonchiriya, which earned just Rs. 6.60 crore. And earlier this month, his other delayed film Drive finally came out directly on Netflix and was panned by one and all. And now if Dil Bechara also doesn’t see the light of the day in theatres, Sushant’s track record will be greatly affected.”

Dil Bechara also stars Sanjana Sanghi and is the directorial debut of casting director Mukesh Chhabra. It is a story of two terminally ill patients who meet in a support group and then fall in love. The music of this film is composed by A R Rahman. Saif Ali Khan also features in a special appearance.