Raveena Tandon, Farah Khan and Bharti Singh booked for hurting religious sentiments of a community during a TV show

Actor Raveena Tandon, host and comedian Bharti Singh and director-choreographer Farah Khan might find themselves amid legal trouble as the Amritsar rural police have booked them on grounds of allegedly hurting the religious sentiments of a particular community, during their presence on a TV show. 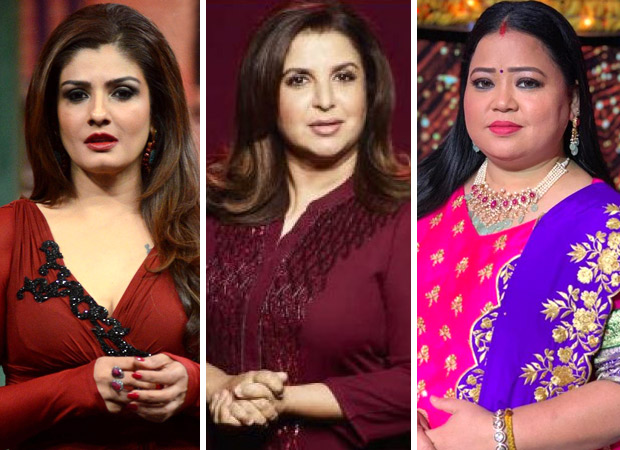 Vikram Jeet Duggal, Senior Superintendent of Police, confirmed the development to a publication, saying that he had with him the footage of the concerned show. He also confirmed that a case was filed against three at the Ajnala police station under Section 295-A of the Indian Penal Code.

However, we are yet to know about the complaint in detail.  None of the celebrities concerned have given out a statement so far.

On the work front, Raveena will be next seen in the sequel of KGF while she also continues to write original scripts for her own banner. Farah Khan, on the other hand, is set to co-produce Mrs Serial Killer, a film starring Jacqueline Fernandez that will be directed by her husband Shirish Kunder.