One of the highly anticipated movies of the year is Akshay Kumar starrer Sooryavanshi, directed by Rohit Shetty. The film takes the Shetty Cop Universe ahead after Ajay Devgn’s Singham franchise and Ranveer Singh’s Simmba. The trailer of the highly awaited film will be launched on March 2, 2020. 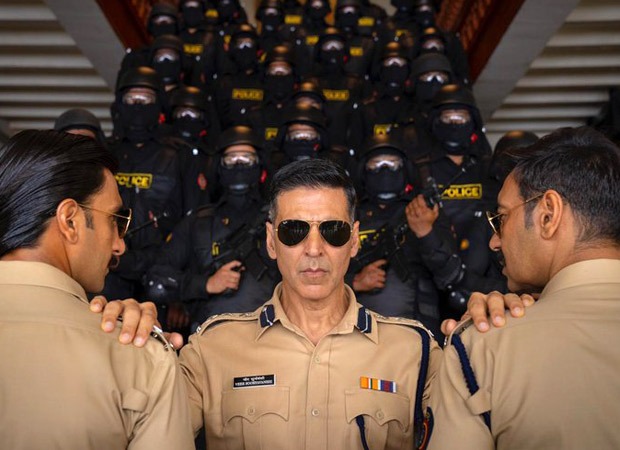 The duration of the action-packed trailer is 4 minutes. In fact, Akshay Kumar and Rohit Shetty along with Katrina Kaif will have special guests who will be joining them at the trailer launch on Monday. Ranveer Singh and Ajay Devgn will bring the flavor of Simmba and Singham as the mega-actioner gets a huge launch.

It was recently announced that Sooryavanshi will release on March 24 three days ahead of the scheduled release. Capturing the auspicious occasion of Gudi Padwa and Ugadi, which follows the next day, and also marks the beginning of vacation for schools and colleges, Sooryavanshi is poised to enjoy a festive & summer break release period! Also, following Aditya Thackeray’s recent initiative, turning Mumbai 24×7, Sooryavanshi will be screened all night in theatres in Mumbai.

In Sooryavanshi, Akshay Kumar is essaying the role of an ATS officer Veer Sooryavanshi. The film will be jointly produced by Rohit Shetty Picturez, Cape Of Good Films and Dharma Productions. The film is produced by Hiroo Yash Johar, Aruna Bhatia, Karan Johar, Apoorva Mehta, and Rohit Shetty.

ALSO READ: Akshay Kumar – Rohit Shetty’s Sooryavanshi to release on March 24, will be screened 24/7 in Mumbai