It looks like our own Priyanka Chopra is set to become an aunt! As reported by a leading publication of the West, Nick Jonas’ younger brother Joe Jonas and his wife Sophie Turner are expecting their first child. However, at the moment, they prefer keeping things under the wraps. 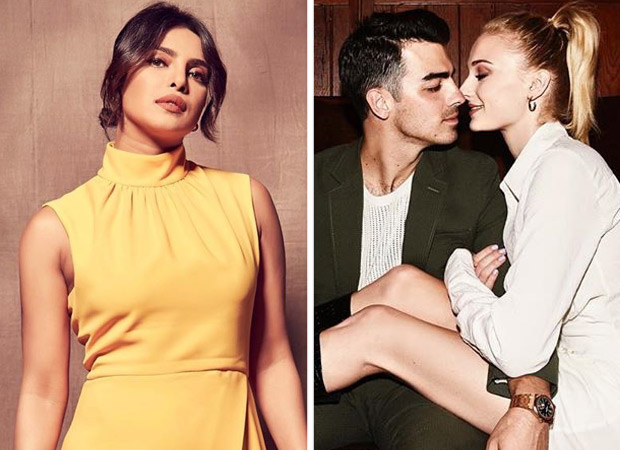 Shortly after the Billboards Music Awards took place last year in May, Joe and Sophie surprised everyone by tying the knot at a surprise wedding in Las Vegas. They later had another wedding in France. Sophie, who played Sansa Stark in the very popular series Game Of Thrones, dated Joe for a couple of years before they decided to take the wedding vows.

In multiple occasions, we’ve spotted the couple hanging out with Nick and Priyanka. All four of them, along with another Jonas brother Kevin and his wife Danielle, appeared in the Jonas brothers’ comeback single ‘Sucker’.

Sophie and Joe together attended the Grammy’s in January. Priyanka later shared a photo with all of them together, on Instagram.

So proud of this fam. Congratulations @jonasbrothers you guys crushed it today. #grammys