Global icon Priyanka Chopra grabbed eyeballs at the recently concluded Grammys, where she made a bold statement with her outfit. The actress went for a Ralph and Russo plunging white gown for the event and was accompanied by husband Nick Jonas who performed at the ceremony along with his brothers.  While several lauded the actress for her attire, there was some criticism as well. 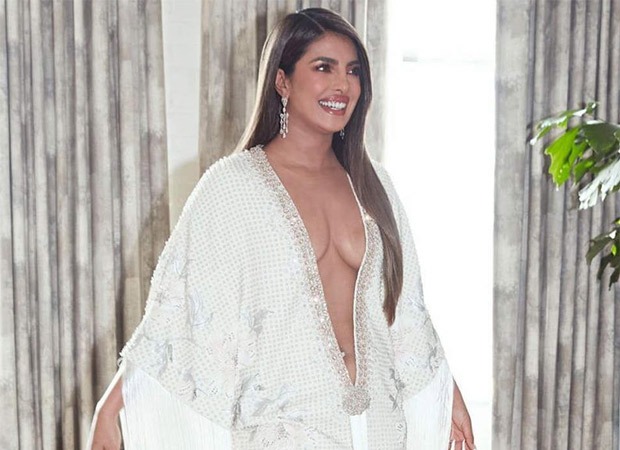 However, what several people wondered on social media was as to how the actress kept the dress together and avoided a possible wardrobe malfunction. Days after the function in an interview with the US Weekly, the 37-year-old actress revealed how designers Tamara Ralph and Michael Russo made sure that there was no scope for a wardrobe malfunction at the awards. The actress revealed that it was a piece of tulle made of Priyanka’s skin tone that held her dress together and wasn’t even visible to the camera. She said that it worked as a netting which was not easily seen as it was of the colour of her skin.

Priyanka Chopra said that the designers always keep wardrobe malfunctions in mind while making an outfit for her. The actress said that she does not take fashion risks unless she is super secure about her look.