The trailer of Kartik Aaryan, Bhumi Pednekar, and Ananya Panday starrer Pati Patni Aur Woh released today. The film is a remake of the 1978 film directed by Baldev Raj Chopra of the same title. At the trailer launch of the film, the cast spoke about the comparison between the two films. 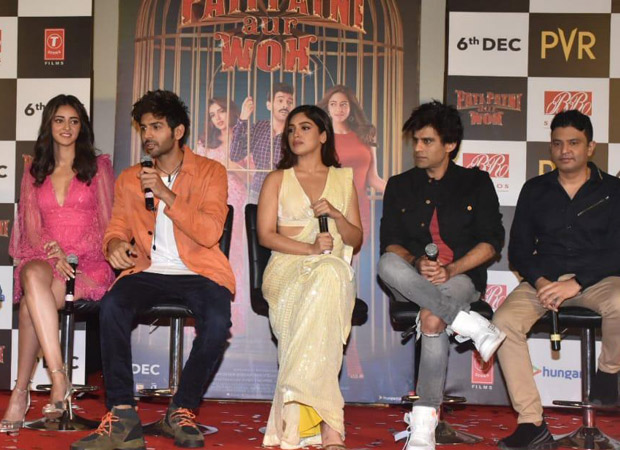 “After I was offered the film, I decided that I will not watch the original. Because I wanted to work in my own way in this film. We have brought a modern take to this film. So, if I had watched the original, it might have stuck in my subconscious. So, I did not watch it again. But, I had watched it once a long time ago,” said Kartik Aaryan when he was asked about the similarities between the original and remake.

Meanwhile, Bhumi Pednekar said, “I thought of watching the original after I was offered the film. But I did not watch it. Just like Kartik said, this is a new-age take on this kind of relationship. So, I did not feel the necessity to go watch it.”

On the other hand, Ananya Panday said that she watched the 1978 film after being offered a role in the remake. The actress said that she enjoys watching Hindi films and said that she loved the film. Ananya said that their film is a lot more glamorous.