Home / News / Manushi Chhillar lends her support to young girls, says self-reliance is the key to equality in society

Manushi Chhillar lends her support to young girls, says self-reliance is the key to equality in society

The actress Manushi Chhillar, who is set to debut in one of the biggest films of 2020, is championing the cause of girl’s right to self-reliance.  The former Miss World winner, who has been signed on by Yash Raj Films for their biggest historical, spoke on the need for self-reliance among young girls thereby stressing that this will empower them to chase their dreams and also foster the spirit of equality in their communities. Manushi lent her support to Save The Children Foundation and met hundreds of young girls from the slums of Mumbai who were training themselves in beautician courses in order to provide for themselves and run their families. 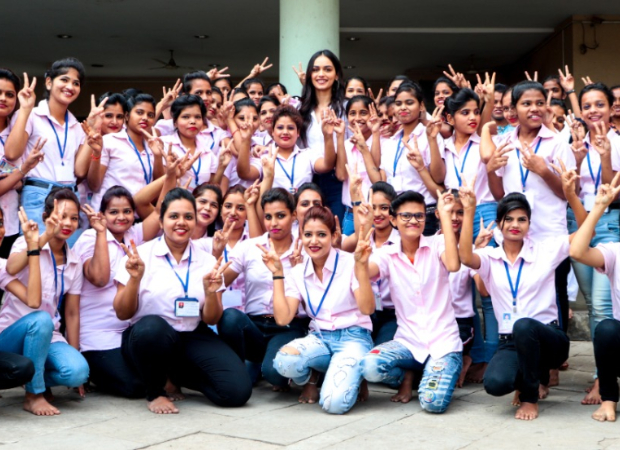 Manushi says, “My mom and dad ensured that I was self-reliant. They wanted me to be independent, confident and ambitious to go out in the world, face all the obstacles and ultimately win.” She adds, “I was so happy to see so many girls building their own future with their own hands. More and more women should come forward and shape their destiny.”

Manushi has always championed the cause of women. She herself runs Project Shakti that empowers women to look after menstrual hygiene in and among their communities. The young actress says, “More women standing up on their feet is good for India, its economy, its society. This will be important to achieve equality between a boy and a girl. It will help in removing stereotypes that women are only meant to get married and run a house. Women are born multi-taskers and they should express themselves in whichever way they would want to.”

She adds, “I’m thankful that young women like them (speaking about the girls from Mumbai) are becoming examples for their community. Many more will see them working hard and get inspired to aspire, to chase their own dreams and have their own identity. Girls need to grow up thinking they don’t need a man to feed them, take care of them and provide for them. They can do it themselves.”

Also Read: Akshay Kumar, Manushi Chhillar to get into character for Prithviraj Chauhan