One of the biggest surprises of 2018 was the box office performance of K.G.F – Chapter 1. It released with minimal noise and clashed with the biggie, Zero, starring superstar Shah Rukh Khan. But it slowly and steadily won audiences and did a business of Rs. 44.09 crores in its Hindi version. In its original Kannada version, it created a riot. Hence, a lot of expectations have been riding on K.G.F – Chapter 2. Last year, on Sanjay Dutt’s birthday, it was unveiled that the talented veteran actor will play the antagonist. And now, another exciting casting has happened. 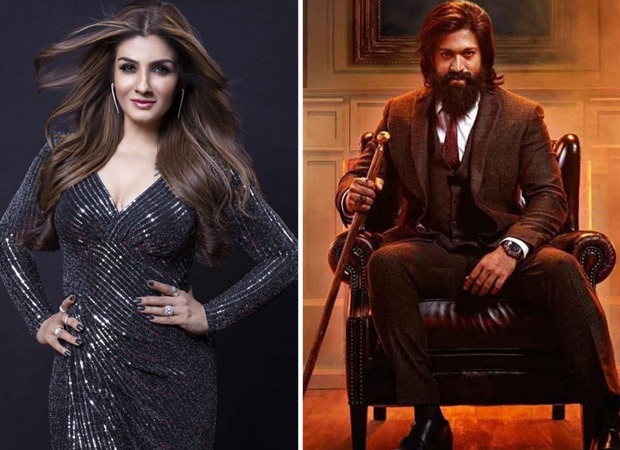 Today, its director Prashanth Neel unveiled on his Facebook page that veteran Bollywood actress Raveena Tandon has come on board. Moreover, he also informed that she’ll playing the role of Prime Minister Ramika Sen. While welcoming her in the cast, Prashanth wrote “The lady who issues the death warrant has arrived!!!” Interestingly, speculations were there since almost a year that Raveena will be seen in the sequel.

The character of Prime Minister Ramika Sen was shown in the very first scene of K.G.F – Chapter 1 but her face was kept hidden. The year is 1981 and Ramika Sen (whose character seems inspired by the then Prime Minister Indira Gandhi) is seen telling officials that the protagonist is the biggest criminal in India and akin to a ‘rakshas’. She then calls the army to destroy him and for that, she signs a death warrant. This is the reason why Prashant brought the death warrant bit in his post.

K.G.F – Chapter 1 is the story of a fierce rebel who grows up on the streets of Mumbai and later infiltrates the slavery-laden Kolar Gold Fields to liberate the downtrodden people. Kannada star Yash played the lead role while Srinidhi Shetty, Archana Jois, Ramachandra Raju and many others also featured in the film. For the Hindi version, Farhan Akhtar and Ritesh Sidhwani’s Excel Entertainment had come on board and they are a part of the second part as well. K.G.F – Chapter 2’s release date however is still not locked. As per a latest report, the team wants to finish the shoot before deciding on its release.