Hollywood actors Joaquin Phoenix, and Martin Sheen are the latest celebrities who have been arrested at veteran actress Jane Fonda’s weekly Washington climate change protests which is known as “Fire Drill Fridays.” 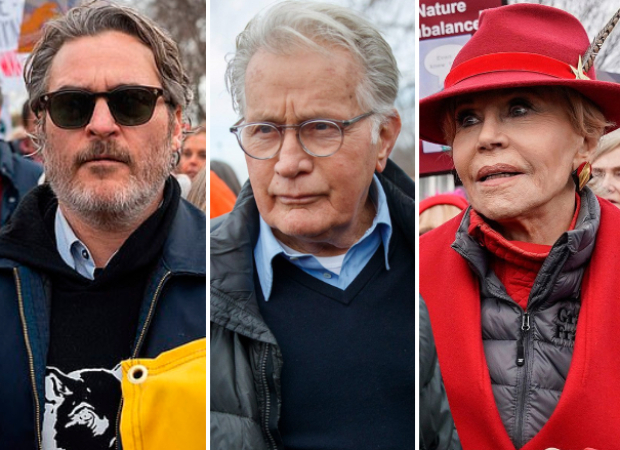 The Joker star addressed the crowd on Friday and facing off the cops near the entry of the Capitol Building before he was detained for refusing to move from the area. “The meat and dairy industry is the third leading cause of climate change,” he said. “There is something that you can do today, right now and tomorrow by making your choice about what you consume,” he added.

“Clearly, the world will be saved by women. Thank God they outnumber is men” Martin Sheen said at the rally.