Jacqueline Fernandez, who recently starred in the Netflix movie Drive, has confirmed that she will be starring alongside John Abraham and Rakul Preet Singh in a film. But, she did not mention the film name. The actress has been rumoured to be starring in John’s next production Attack. 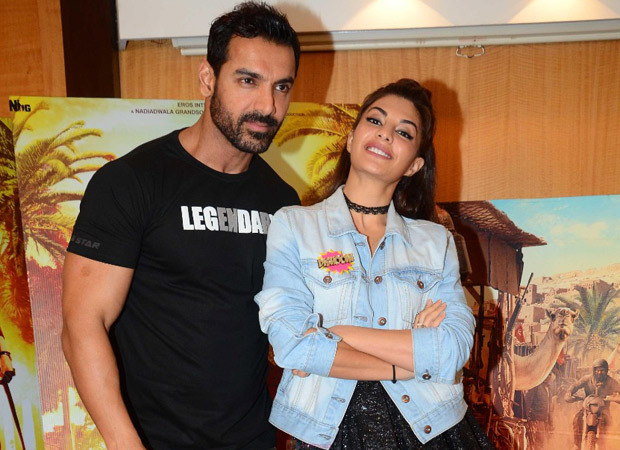 At a store launch in Mumbai on Monday, Jacqueline Fernandez said, “It’s a fantastic film and script. I am coming together again with John and we have Rakul also in this film,” Jacqueline said while speaking about the movie’s star cast. Speaking about Rakul Preet’s role in the flick, she said, “The one Rakul is doing is brilliant.”

Jacqueline further said, “During the story, I was wondering that Rakul’s role is really nice and I’m sure that she will do full justice to it. I am very happy that she is a part of the project.”

This would be the third time Jacqueline will be working with John Abraham. They have previously worked in Housefull 2 and Dishoom.

On the professional front, Jacqueline Fernandez will be seen next in yet another Netflix’s movie Mrs. Serial Killer. She will also be seen in Kick 2 opposite Salman Khan.