John Abraham has his plate full, quite literally. As he awaits the release of Pagalpanti, he has been also filming for Sanjay Gupta’s Mumbai Saga. Meanwhile, we also told you earlier that he and Jacqueline Fernandez were coming together for Attack, a flick filled with powerful action. We now know that the film is set to roll soon! 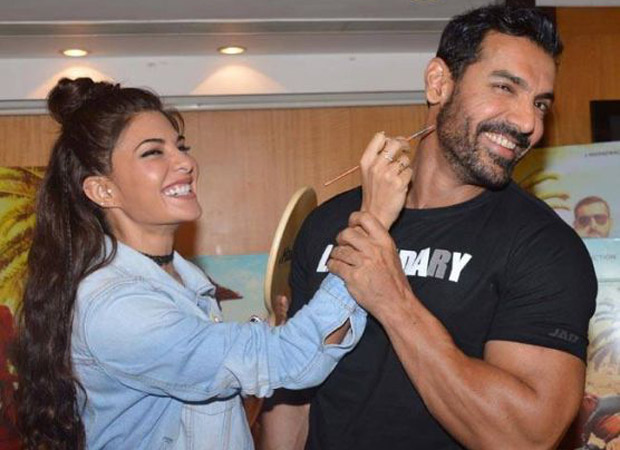 In a recent interview, John revealed that they were planning to take the film to the floors in the first week of January. The film will be helmed by debutant director Lakshya Raj. John’s action skills are unquestionable and we will get to witness quite a lot of that. But what’s interesting is the fact that Jacqueline’s role will be equally thrilling and she will get ample opportunities to perform some power-packed action sequences.

Jacqueline has earlier been a part of a number of action films including A Gentleman, Race 3 and her latest outing Drive. Let’s see what Attack has her doing!

The actor was last seen in Shraddha Kapoor and Prabhas’ Saaho, wherein she appeared in a special number. Drive, after being delayed for a couple of years, finally made its way to the audience through Netflix.