Home / News / Exclusive: Riteish Deshmukh reveals why it is difficult for actors to voice their opinion

Exclusive: Riteish Deshmukh reveals why it is difficult for actors to voice their opinion

Films play a huge role in our country and members of the film fraternity, in turn, are influential amongst the mass. In view of the current political distress in the country, members of the film fraternity have always been asked to voice their opinion regarding the same. While some have been vocal about their views, many have chosen to not comment. In an exclusive conversation with Bollywood Hungama, actor Riteish Deshmukh speaks about why it is difficult for actors to voice their opinion. 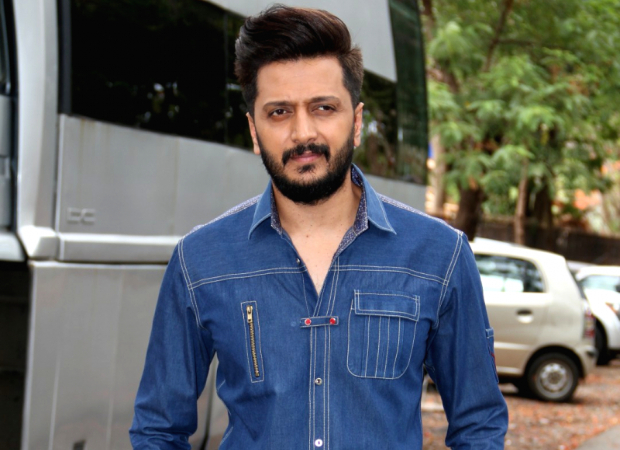 “Many times, many people are being able to voice their opinion easily. Some even think that putting their opinion out will sometimes bring a positive change and some even think their opinion might be taken in a negative context. So, I think every person takes responsibility for what they say and think about the consequences of what they put out. But I respect each of those actors who actually go out there and give their opinion irrespective of how it is being perceived and yes it is not easy,” Riteish said.

However, Riteish said that only film members are expected to comment and people from other influential industries are not asked for an opinion. “But I have noticed that whatever happens, people ask members of the film industry why they are not giving their opinion on the matter. I have never seen them asking the same to cricketers. Nobody asks for their opinion of the top 10 or 15 cricketers. Cricket and Cinema both are like a religion in this country. It is not an equal playing field for everyone. As far as films are concerned, they seek an opinion and when they get an opinion there are two types of reaction- one section who praise the opinion and the other who abuse them. When they do not get an opinion, both these sections abuse celebrities. So, celebrities get abused irrespective of voicing their opinions or not. Still, some actors want to keep their conscious clear and call out the wrong things and appreciate something when they find it good,” he said.

Riteish Deshmukh had recently posted about the brutal gangrape and murder of a 19-year-old girl. “I post against atrocity. There should not be any link between atrocity and religion when you post your opinion. You should fight against atrocity irrespective of the religion,” the actor said.

Meanwhile, on the work front, Riteish Deshmukh is currently gearing up for the release of his upcoming film Baaghi 3. The film directed by Ahmed Khan also stars Tiger Shroff and Shraddha Kapoor.

Also Read: Riteish Deshmukh hopes to make a film on his father’s life someday; says people have offered him scripts