Home / News / EXCLUSIVE: Ananya Panday reveals how she feels for all the love coming her way for ‘Dheeme Dheeme’!

EXCLUSIVE: Ananya Panday reveals how she feels for all the love coming her way for ‘Dheeme Dheeme’!

Giving us the beats and grooves for the times to come, Ananya Panday’s ‘Dheeme Dheeme’ is now ruling the charts where it has become the widely loved party number as well. Bringing her best foot forward along with all the sensational looks, the fans of Ananya love how she owns the song with her confident attitude and hot look throughout the song. 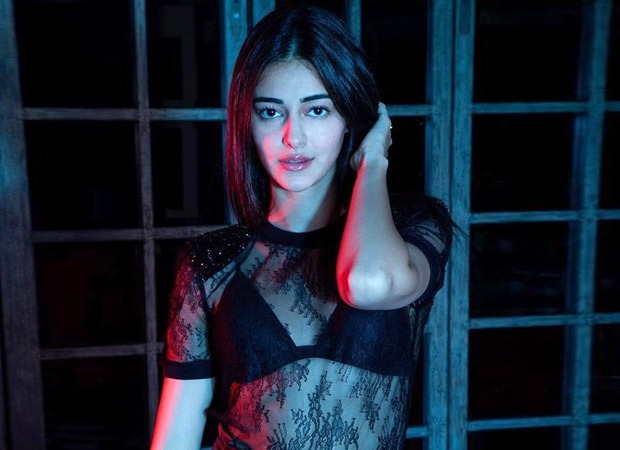 Expressing how she feels about all the love coming her way from the fans with her sensational looks becoming the talk of the town, Ananya shares, “It was a lot of fun obviously dressing up and looking glamorous. Which girl doesn’t enjoy doing that? It was a lot of fun wearing that super cute dress and getting this intense makeup done and doing my hair all cute and giving those beauty shots was a lot of fun and I think it’s interesting for me because in the song especially, I look a lot older than I have looked in the past because obviously, I’m growing up also.”

Revisiting her time of the remarkable debut and how she feels ‘Dheeme Dheeme’ shows her in different hues, she further adds, “In SOTY 2, I was playing a student and I was portrayed as a student. Even in real life, I am much younger and I don’t dress up that much so I think for me, this song was like my glamorous Bollywood song where I got to give those beauty shots and everything. So, I think a lot of the reactions I’m getting are people telling me they haven’t seen me like this before. It’s always interesting trying to do something different and playing someone that isn’t exactly myself.”

Ananya’s upcoming film Pati Patni Aur Woh is the official remake of the 1978 film of the same name. The film stars Kartik Aaryan as Chintu Tyagi, Bhumi Pednekar as his wife and Ananya Panday as the ‘Woh’ between them. The film is all slated to release on December 6 this year.