The fact that Ajay Devgn and Sanjay Leela Bhansali will be coming together after 20 years in the biopic Gangubai Kathiawadi, has given rise to great excitement. Alia Bhatt plays the madam of a Kamathipura brothel in Mumbai during the 1960s and apparently, Ajay Devgn will play one of her gangster lovers who shaped her destiny to her meteoric rise as one of the most powerful, loved and respected madams of Kamathipura.

The story is said to be loosely adapted from one of the chapters of Hussain Zaidi’s Mafia Queens Of Mumbai. Gangubai was the only brothel madam at that time who owned a black Bentley. SLB’s movie is expected to go on floors this year. 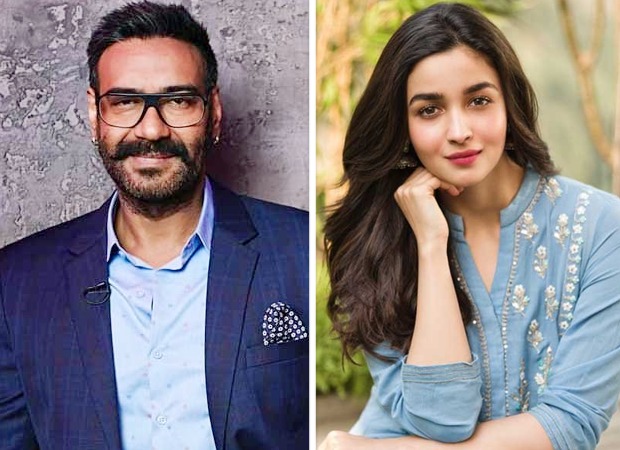 Says a trade source, “Last week, Ajay Devgn and Sanjay Leela Bhansali met at Anand Pandit’s Diwali party and chatted for hours. They caught up on a lot of stuff and that’s when SLB also invited him over to his office. Ajay dropped in a couple of days after that and they had meeting for more than a couple of hours. Bhansali offered him two scripts – a biopic and the other fictional, a love story, which is said to be Baiju Bawra. In Baiju Bawra the actor was offered the role of Tansen.

Ajay liked his role in Gangubai as it’s an intense character – a mobster with a golden heart who teaches Gangubai the tricks of the trade and falls in love with her.”

According to the source, “Ajay didn’t sign right then as he wants to do the signing and make the announcement at an auspicious date, which will be this week.

The star showed the famous filmmaker some scenes his next project, a historical action drama, Tanhaji and Bhansali who himself excels in such period dramas was quite impressed.

Apart from both these movies, the filmmaker also offered him another action drama based on a warrior film, which will be directed by SLB, at a later date. Ajay’s role in Gangubai is an extremely powerful and passionate one and will be remembered in cinema for the depth and romance in it.”