Ananya Panday made her acting debut with Karan Johar’s film Student of The Year 2. She followed this with the film Pati Patni Aur Woh which had a fairly good run at the box office. The actress, however, is often the victim of social media trolls. Recently, her take on nepotism and the struggle faced by father Chunky Panday led to massive trolling on social media. The young actress was trolled for saying that her father had it tough and never been featured on Karan Johar’s famous celebrity chat show. 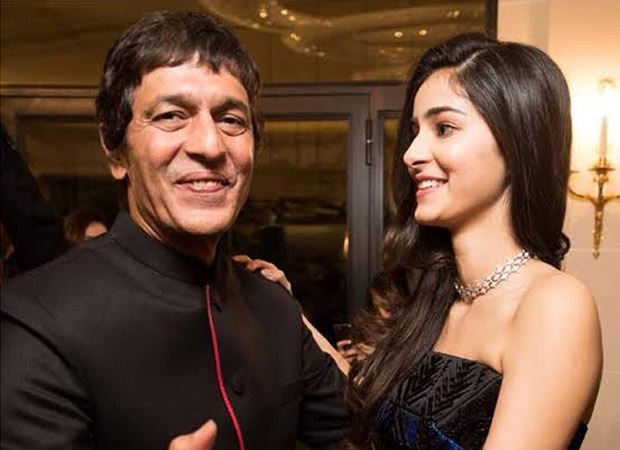 In an interview with a daily, Chunky Panday said that Ananya did not say anything derogatory. He clarified that she meant to sai that if her father were to recommend someone it would be himself first. Chunky further said that it would be wrong to say that Ananya is an actor because her father is one. He said that she would not have achieved anything exceptional if this was the case.

Adding to the nepotism debate, Chunky Panday said that one cannot recommend their child to someone as one will not spend crores just to make a film with a celebrity’s child.

Talking about Ananya getting trolled for her Koffee With Karan reference, Chunky said that such chat shows always feature the best of the best in the industry. However, he said that one should not consider it as a barometer to one’s success.

This is not the first time Ananya is being trolled for using her father’s name. Earlier, the actress had shared a picture of her father in which he resembled Tony Stark. Chunky said that the two of them are fans of Tony Stark. The actor also made fun of the picture and sent her a message saying not to use his name as it always lands her in trouble.

Talking about the impact of trolls on Ananya, Chunky feels that it won’t affect her. He said that his daughter is very young and might have made a few mistakes and will have the time to correct herself. The senior actor advices his daughter to take these trolls as compliments and to be happy that she is important enough to be discussed.

Meanwhile, on the work front Ananya Panday is currently shooting for Khaali Peeli along with Ishaan Khatter.