Rani Mukerji and Salman Khan have been best of friends for years now and whenever they have come together on screen or otherwise, they have been a delight to watch. With Salman’s Dabangg 3 and Rani’s Mardaani 2 releasing a week apart, the two will be seen together on Salman’s most-watched TV reality show Bigg Boss. 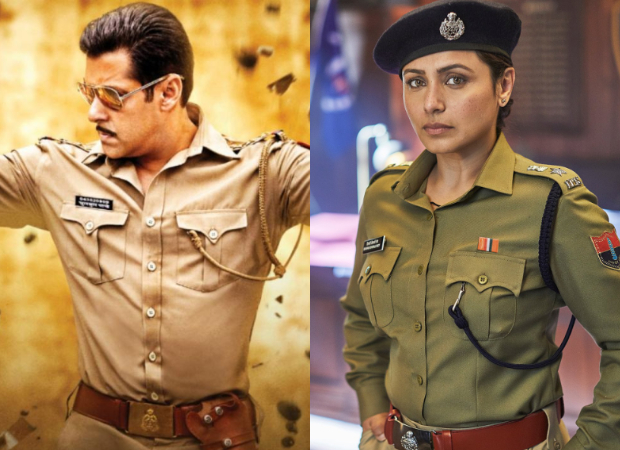 “It’s absolutely fantastic that Chulbul Pandey and Shivani Shivaji Roy are going to come together on Bigg Boss. Our films are releasing one week apart and both Chulbul and Shivani are characters that people have loved and appreciated so it is going to be a unique film promotion. Salman and I have been friends for so long so I’m sure this episode is going to be epic,” informs Rani.

Rani Mukerji’s Mardaani 2 trailer has gripped the nation with its brilliant storyline. The edge-of-the-seat thriller will see Rani in a race against time to capture a brutal serial rapist who systematically targets women. Mardaani 2 focusses on the rise in violent crimes by juveniles in India and has definitely sparked a conversation on the threat this poses on young girls.

Rani adds, “We will also spread the messaging of my film Mardaani 2 on the show so that it reaches as many households of our country as possible. It is important for the entire country to wake up to the threat posed by the rise of violent crimes that are being committed against women by juvenile criminals. Important exposures like this will help us reach out to as many families and young girls and make them aware of this menace.”

Produced by Aditya Chopra, Mardaani 2 will be Rani’s next release after the global blockbuster Hichki that delivered Rs 250 crores worldwide. Mardaani 2 is set to hit theatres on 13th December.

Also Read: Mardaani 2: “It is a film for both men and women. It will give perspective to men as to where is the limit,” says Rani Mukerji