Home / News / BTS to make debut at Grammys 2020 stage along with Lil Nas X, Diplo, Billy Ray Cyrus among others

BTS to make debut at Grammys 2020 stage along with Lil Nas X, Diplo, Billy Ray Cyrus among others

It’s happening for BTS! The seven-piece South Korean group, RM, Jin, Suga, J-Hope, Jimin, V, Jungkook, is set to make their debut at Grammys 2020 stage. It was confirmed by ‘Old Town Road’ hitmaker Lil Nas X during his interview with Variety whose song went onto to be at No. 1 spot on Billboard Charts for 19 weeks straight and got him six Grammy nominations and biggest song of the year 2019. 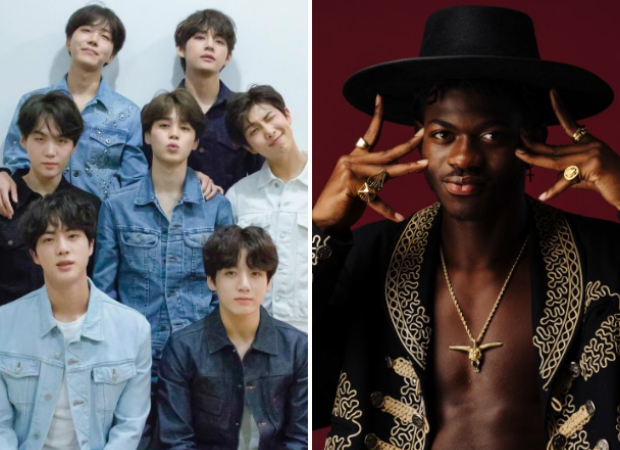 Variety revealed, “The next onstage moment that has a lot riding on it? When the most nominated male artist at the Grammys performs “Old Town Road” at the ceremony on Jan. 26. (It’s up for record of the year, pop duo/group performance and in the music video category.) Sources reveal that he’ll be joined onstage by Diplo, BTS, Young Thug, Mason Ramsey, Billy Ray Cyrus and the OG Nas — the influential rapper from Queens who inspired his namesake.”

BTS’ leader RM has collaborated with Lil Nas X on ‘Old Town Road’ remix, ‘Seoul Town Road‘. Last year, the septet attended the ceremony for the first time, presented the award to H.E.R and were hopeful to return as performers this year.

BTS had a phenomenal 2019 with sold-out stadium tour, record-breaking album along with most viewed music video in 24 hours with their title track ‘Boy With Luv’ feat. Halsey. They had three No. 1 Billboard albums and went onto become the first band after The Beatles to do so.

Currently, they are gearing up for the release of their fourth LP ‘Map Of The Soul: 7’ which is set for February 21, 2020.