What’s next for Otis and Emma – will they be able to rekindle their friendship? Will Adam be able to catch Eric when he falls? Alistair Petrie (Headmaster Swindles) guides us through the Moordale High art exhibition, with a surprise revelation at the end. Sex Education will return for a third season on Netflix and goes into production this year. 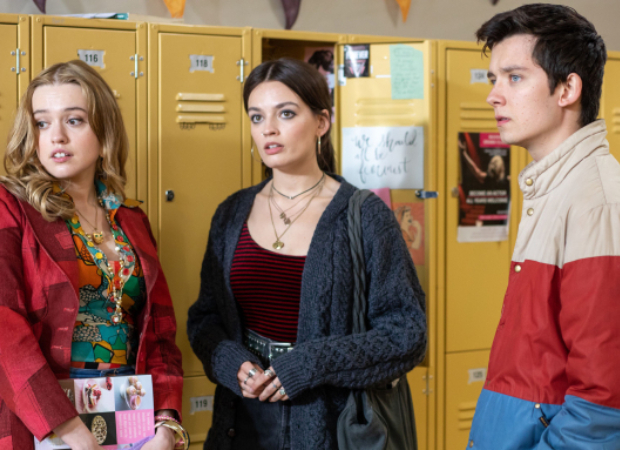 The streaming giant announced the third season with a video featuring Alistair Petrie, who plays Michael Groff, the headmaster and Adam’s father. The news comes soon after the second season was launched in January 2020.

The series centers around an awkward high school student Otis (Asa Butterfield) who lives with his single mother who is a sex therapist (Gillian Anderson). While he is inexperienced in his life, he gains a certain status in his Moordale High School when he starts helping the students with their issues about intimacy and relationships. He teams up with Maeve (Emma Mackey) as they set up a sex therapy clinic. In season 2, they discussed multiple issues including sexual harassment, LGBTQIA + issues, abandonment, love stories among other things. The series ended on a cliffhanger with Otis and Emma not able to share their feelings for each other.

Sex Education is created and written by Laurie Nunn. Jamie Campbell, Laurie Nunn, and Ben Taylor are executive producers and is produced by Eleven Film.