Producer Ronnie Screwvala ended 2018 on a high as Kedarnath, produced by his banner RSVP, emerged as a huge commercial and critical success. 2019 started on an even better note as Uri -The Surgical Strike shocked one and all with its Rs 245.36 crore collections. But from here on, the track record of RSVP took a beating. The two releases of March 2019, Sonchiriya and Mard Ko Dard Nahi Hota, bombed miserably at the ticket window. Last month, The Sky Is Pink was acclaimed critically but that couldn’t translate into healthy box office numbers. 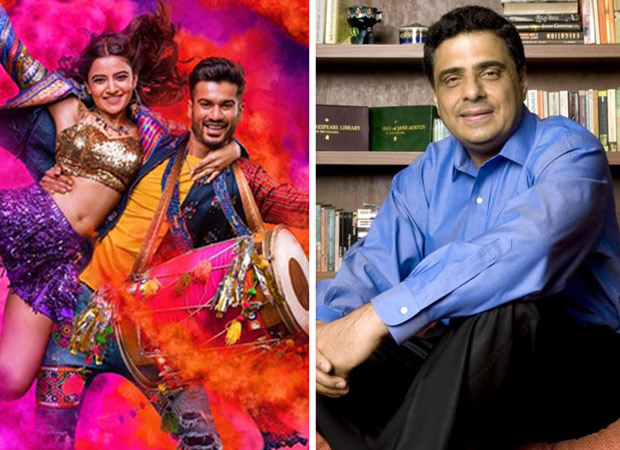 Bhangra Paa Le, starring Vicky Kaushal’s brother Sunny Kaushik along with Rukshar Dhillon, and the directorial debut of Ramesh Taurani’s daughter Sneha was supposed to be Ronnie Screwvala’s final release of the year. Earlier scheduled to release on November 1, it was pushed to November 15. However, it has now come to light that it won’t release in cinemas at all. The dance flick will be directly aired on Netflix, on November 14, a day before it was to come out in cinemas.

A source close to the project says, “Usually, one believes that if a film is directly releasing on OTT, then it might be an awful film. But that’s not the case with Bhangra Paa Le. It has shaped up well and the makers are happy with the product. However, they realize that releasing it in cinemas and spending on print and other costs will add to the budget. The buzz isn’t that strong and there are too many releases this month, which can affect its prospects. Also, the performance of The Sky Is Pink was disheartening despite the presence of an actor like Priyanka Chopra. As a result, when they got a good deal from Netflix, they went ahead with it.”

Earlier this year, Ronnie Screwvala had raised the issue of paying Virtual Print Fee (VPF) by the producers to multiplex chains, a practise which he called unfair and discriminatory. He claimed that only Bollywood films are expected to shell out VPF while Hollywood films are exempted. The tussle with multiplexes got so ugly that Inox refused to release Mard Ko Dard Nahi Hota in its properties. In a notice sent by Ronnie to Competition Commission of India, the veteran producer had alleged that RSVP’s first film, Love Per Square Foot, starring Vicky Kaushal and Angira Dhar, was also streamed directly on Netflix as the VPF costs would have doubled the film’s budget due to which recovery would have been a near impossible talk.

We tried contacting Ronnie Screwvala to confirm whether one of the decisions to bypass theatrical release for Bhangra Paa Le was the VPF factor but he was unavailable for comment.

The trend of releasing films directly on OTT has become common and is expected to grow in 2020. Two days back, Karan Johar unveiled his long-delayed film Drive, starring Sushant Singh Rajput and Jacqueline Fernandez, directly on Netflix, without releasing it in cinemas at all.