Filmmaker, Vivek Ranjan Agnihotri who recently announced his most ambitious project till date- The Kashmir Files gets Anupam Kher on board as a part of the lead cast. Kashmir Files is the story of the biggest genocide in India’s history- ethnic cleansing of Kashmiri Pandits, which has been unreported or under reported. 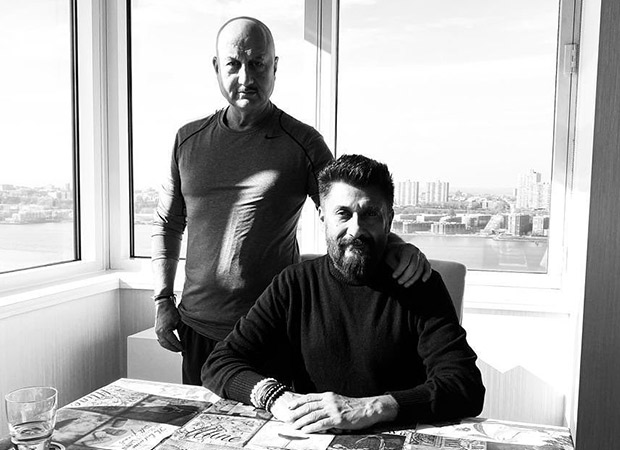 On casting Anupam Kher, Vivek said, “When I started researching, meeting, and listening to Kashmiri Hindu community, I realised that their story of loss and suffering is so painful that if this story has to be told, it must be told by the greatest of actors of our times to bring the realism, conviction, and sensibility that heals the community. My first choice was Anupam Kher. It’s a coincidence that he happens to be a Kashmiri himself, and I am so proud and happy that when he heard the script in his New York home, he agreed to act in this very important film of our times. I hope that the audience will see a dimension of Mr. Kher that we haven’t seen so far.”

Yes. It’s official. Team #TheKashmirFiles is honoured to have 2 times national and 8 times Filmfare award winner, Mr. @AnupamPKher on board. We promise to bring you not just an honest tale of the suffering & loss of Kashmiri Hindus. And of their extraordinary survival & success.

Vivek Ranjan Agnihotri and wife Pallavi Joshi are on a US Tour for a month and a half long schedule that entailed on-camera interviews with victims, survivors and their family members and who have lost everything in the tryst. This shoot also marks the first ever attempt towards a consolidated report on this macabre incident which is still shrouded in mystery.