Last Friday, Shabana Azmi’s mother and veteran actor Shaukat Azmi breathed her last at the age of 93. After a few days in the hospital, she desired to come back home and passed away a day or two upon returning, owing to various age-related ailments. On Tuesday evening, the family decided to get together and celebrate her life. 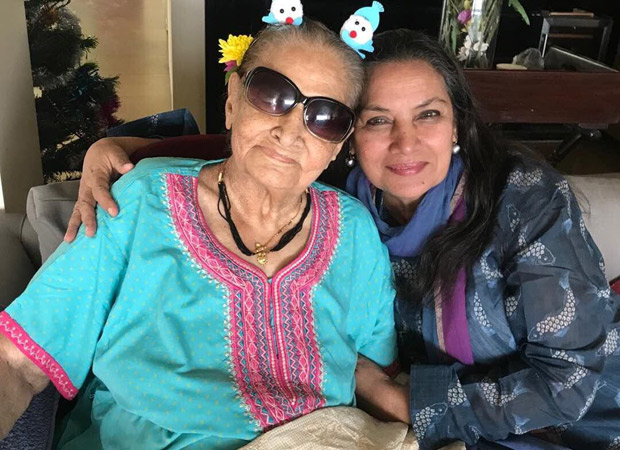 The event took place at Juhu’s Jalaram Hall and was attended by family members Shabana Azmi, Javed Akhtar, Baba Azmi, Tanvi Azmi, and also actors including Aamir Khan, Kajol and Tabu as well as Ashutosh Gowariker and David Dhawan, among others. Shaukat, whose most notable performance was in the iconic Mughal-E-Azam, was fond of classical music and the family decided to begin the function with a classical music programme.

This was followed by Shabana Azmi and Javed Akhtar going down the memory lane, sharing moments of unfiltered joy from the past. Through a slideshow, her journey and the most memorable moments, accompanied by pictures, were shown as well.

Shaukat, the wife of renowned Urdu poet Kaifi Azmi, appeared in over a dozen films and various critically acclaimed plays. She was last seen in Shaad Ali’s 2002 film Saathiya.